Using the same groups from the Dialogue Project, we planned and storyboarded the recorded Dialogue from the previous Project using our transcript. After that we filmed a team with two cameras and another group filmed our Group’s Dialogue shortly after. Then, we begun editing independently using the multi-cam feature in Premiere Pro. Our finished product was a video of our dialogue using multi-cam. Finally, we worked on our blog posts.

I used various skills in Premiere Pro and Blocking to create this video. I used the multi-cam feature to edit in a timely manner. I also had the adjust the scale for one of our cameras since it was in 360p. For Blocking Skills we used to 5 Stages of Blocking: Blocking, Light, Rehearse, Adjustments, Shoot. Also we utilized various strong and weak movements as well as other positions like 1/4 and 3/4. 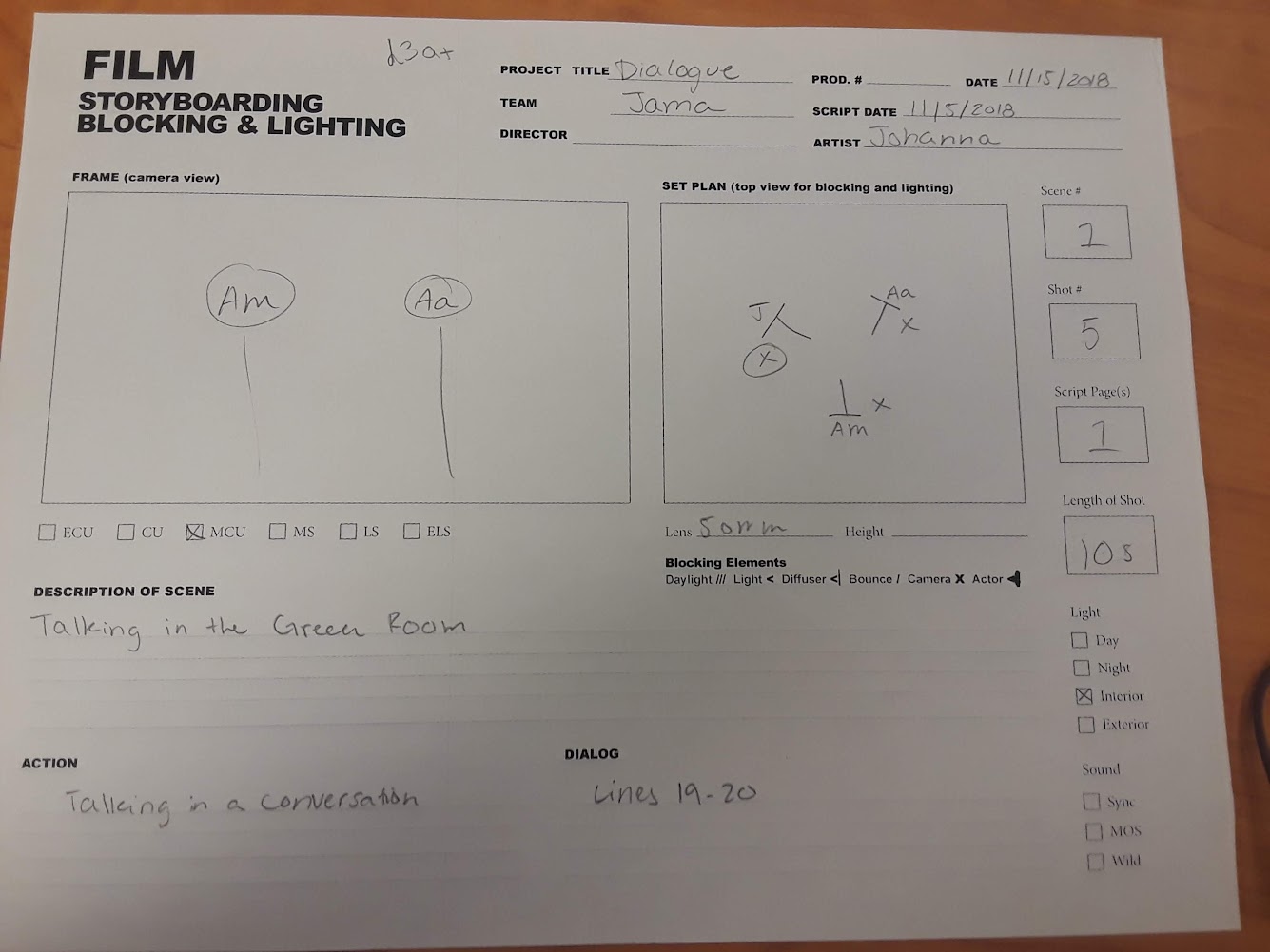 In this Project, I learned the various techniques and skills associated with Blocking. Such as the five stages of Blocking: Blocking, Light, Rehearse, Adjustments, and Shoot. I also learned about the variety of different body movements and positions that demonstrate strength or weakness. While working on the multi-cam in Premiere Pro, I encountered an issue with one of our cameras. One of our Cameras was in 360p and the other 1080p so the Camera in 360p was very tiny in the frame. To fix this, I did the multi-cam and selected all of the places it was the 360p camera and scaled it up to 300% so it covered the entire frame.